Written by Bill Balvanz
Updated over a week ago

For business customers, a new Bulk DID Swap feature has been added in Atlas.

This feature lets you download a CSV file containing all the services and their current numbers. 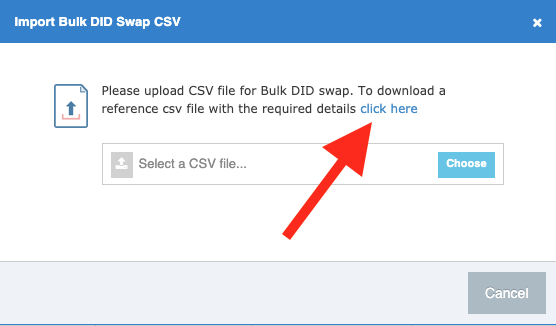 Once loaded, several steps will take you through the process of validating the numbers, checking for carrier assignment (IQNT, Bring Your Own DID), and finally, starting the Assign DID background processing.

The number swaps will show on each service as they do now, and will complete in a few minutes depending on how many numbers were imported.

A number of changes were made to improve the ability to update LNP orders that are in progress:

Older LNP report notification emails are being removed. The new LNP tab should be used to check status on any LNP port orders.

Fixed - Issue with Hyphens/Underscores as Email Addresses for Residential Accounts

An issue was fixed where certain characters: -, +, and _ were not being allowed for use in user account names for residential customers.

An issue that was sometimes causing the Grandstream ATA devices to not pull provisioning information correctly has been fixed.

Did this answer your question?